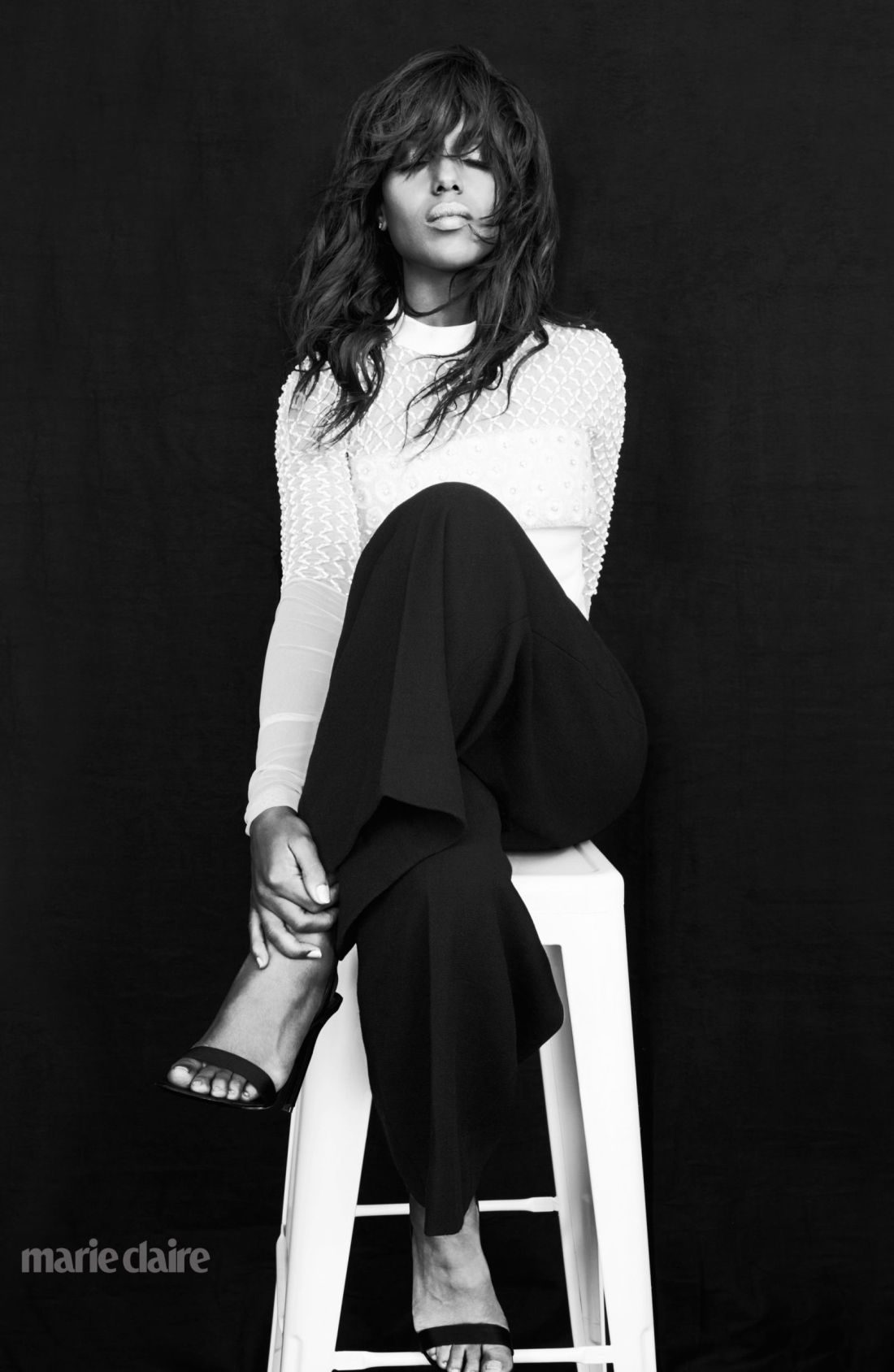 Kerry Washington on privacy: “Earlier in my career I was much more super-sharey. There were moments when I wanted to process things that were happening to me more privately, and I didn’t have the space to do it, because once you let people in, they’re in and you don’t get to say, ‘Oh, I want this for myself.'”

On collaborating with Scandal creator Shonda Rhimes: “I’m very respectful of Shonda’s vision of who Olivia [Pope] is, but she has said that she is informed by the choices I make. If we were waltzing, she’s definitely leading. And she picked the song, and she probably dressed us, but it is a waltz.”

On fashion: “I just put myself in a boot camp of figuring it out—and realized that I really loved it. I guess because I came to it later in life, I realized, ‘Oh, going to a fashion show is like going to the opening of Degas at the Met or going to see Swan Lake.'”

On growing up: “I didn’t grow up thinking I was pretty; there was always a prettier girl than me. So I learned to be smart and tried to be funny and develop the inside of me, because I felt like that’s what I had.”

On family: “I just want [daughter Isabelle] to know that she’s heard. Really heard, because I feel like that is what we all really want. When I think about any of the missteps in my life that I’ve made, all of which I’m grateful for, it’s because I just so wanted to be truly seen and heard for who I am and was afraid I wasn’t or wouldn’t be. I see you, I hear you, I’m with you as you are.”

On Olivia Pope: “I don’t think I consciously say, ‘What would Olivia Pope do?’ but there’s a new thread of belief in my own capacity that I think comes from her. She makes it happen. She figures it out. She fixes it.”