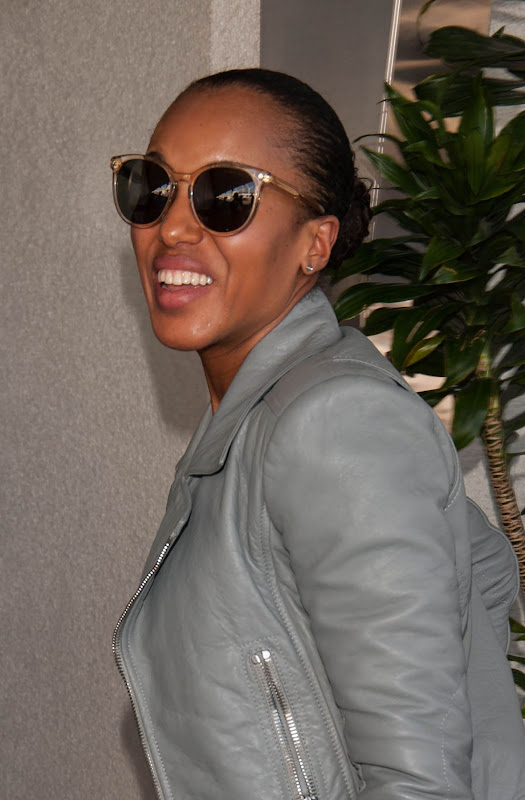 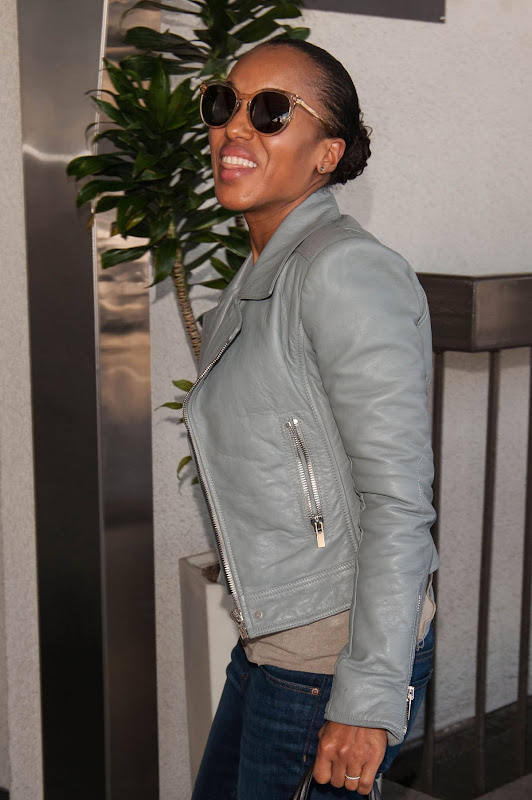 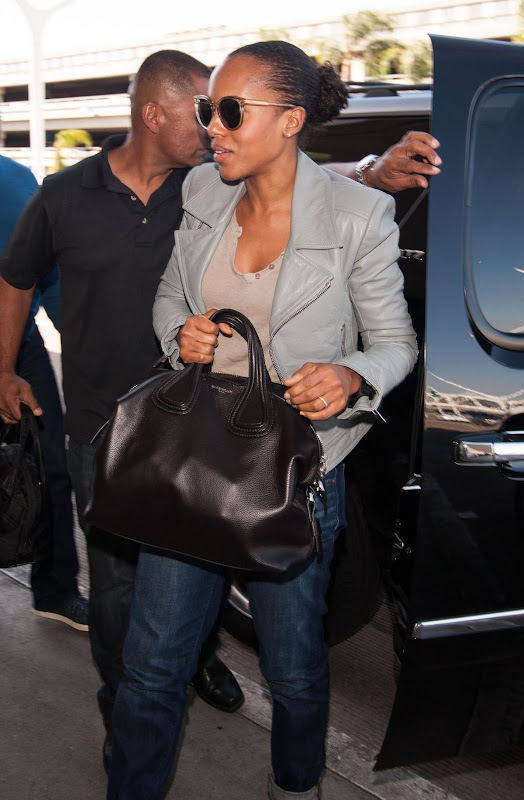 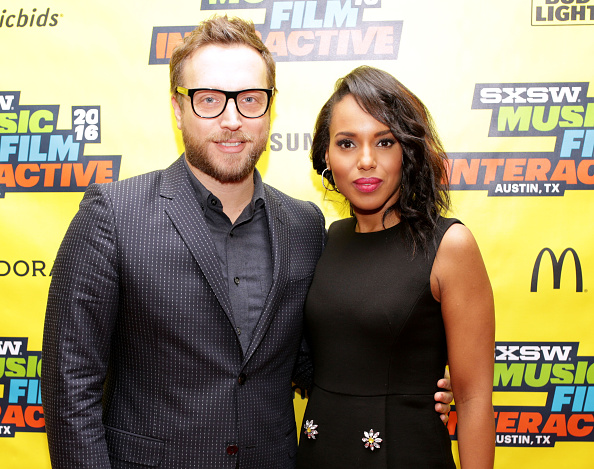 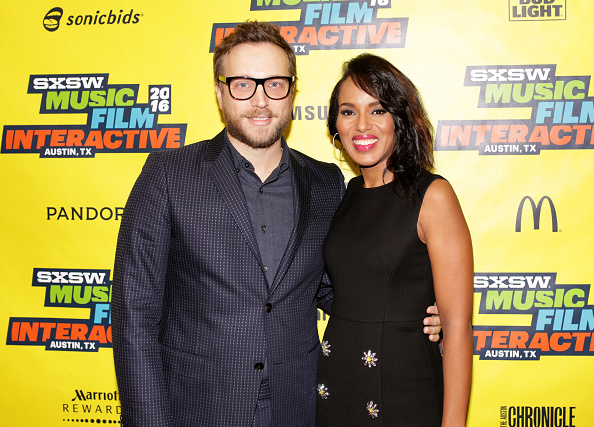 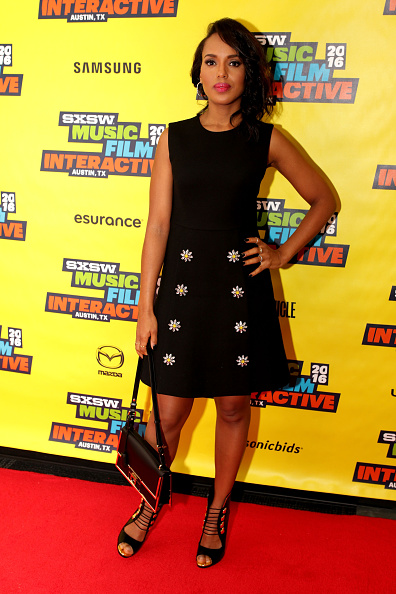 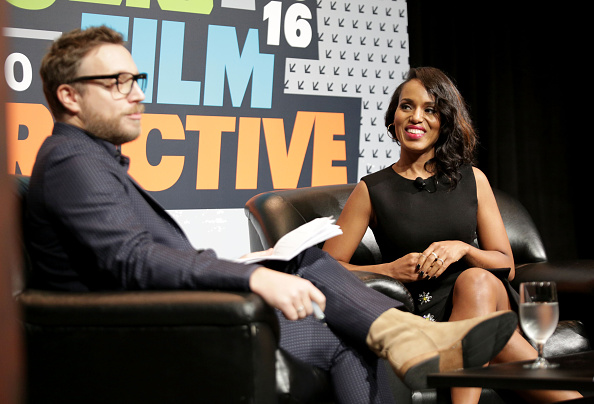 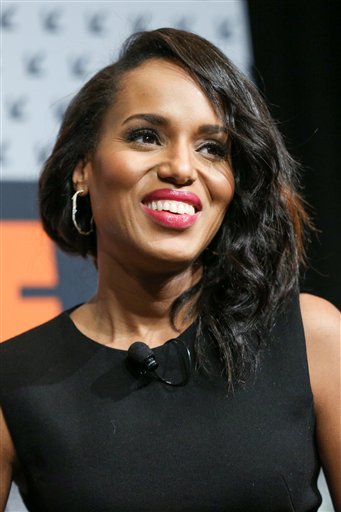 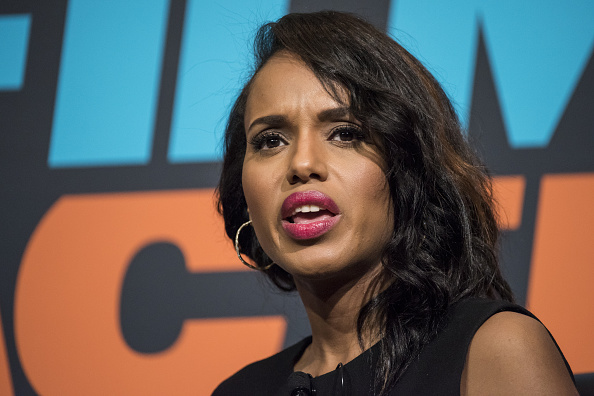 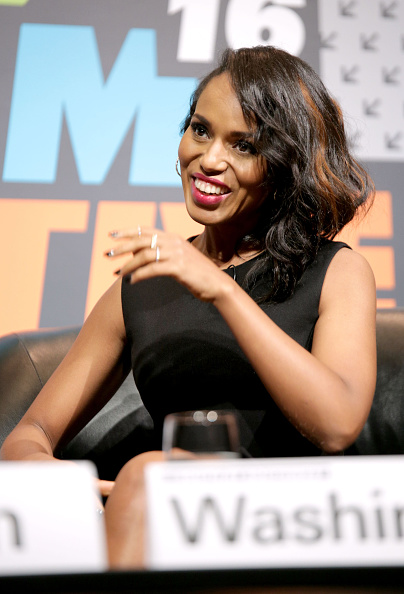 THANK YOU to @arielfoxman and #sxsw2016 for an extraordinary morning. What a wonderful dialogue with fantastic questions from my friend Ariel and our fab FULL HOUSE STANDING ROOM audience! I'm so grateful to everyone who came. And as I said during the discussion I am forever indebted to the phenomenon that is social media! LOVE YALL.

Quick stop on the way to the airport! Amazing dairy free gluten & free ice cream at @SweetRitual with my girls @carolagmakeup & @k8egreenthal 🍦❤️😍 WHAT?! Can't believe it. Sooooooooooooooooo good.

These women make me better. Inside and out. I'm so grateful for you both. And grateful to you both. The adventure continues…. #sxsw2016 @takishahair @carolagmakeup

Me and the incredible @kerrywashington backstage at #SXSW right before our #SRO talk The New Rules of Social Stardom @instylemagazine Photo: @angelamatusik

"Authenticity is key. My engagement in social media is me. It reflects me." – @kerrywashington #SXSW2016 pic.twitter.com/LuP1ej6qJu

.@kerrywashington Thanks for coming to @sxsw. @InStyle pic.twitter.com/7iT6VLxSf2

The lovely @kerrywashington about to hit the stage at #SXSW2016 pic.twitter.com/hbZmdOpFgm

Stunning @kerrywashington already charming the crowd. Focusing on authenticity & sense of self in our social world. pic.twitter.com/9jhgUHBElp

"I'm here to tell you, never stop using your voice because it matters" @kerrywashington#SXSWInteractive pic.twitter.com/CL14OImCrk

When you began using social media, was your intent to be a consumer or to build your personal brand?
My entry to social media was a lot like my entry to fashion. I didn’t grow up loving fashion, but there came a point where I started noticing certain actresses being considered for roles because of their presence on the red carpet. In the same way that I realized I’d better start learning about fashion, I thought I’d better get started on social media. A friend of mine from high school, Allison Peters, had been working for Viacom doing their social media at the time and was starting to do consulting. She walked me through it. She is “KW’s krew.”

Did you have any pitfalls when you were starting to post?
I knew from the beginning that I didn’t want to talk too much about my personal life. I’d had a period where I was very open with the traditional media, and it didn’t work out for me so I pulled back. I have no judgment of how other people choose to engage, and honestly I’m a little envious sometimes, but that’s what works for me.

How much do you think about the mix of content that you post?
The key to everything for me in order to make my social media experience feel rewarding is authenticity. I’ve committed to making sure that my engagement is a reflection of what I’m thinking and doing as much as possible. That being said, certain things get planned ahead of time. For example, I have Confirmation coming out on HBO and there’s a strategy in place on how we want to engage with people. But just last weekend, I was in Boston with the real Anita Hill, who I play in the film, and I just tweeted what felt right that day because I was with her. The diversity of interests in my tweets is a reflection simply of how curious of a person I am. I’m just as interested in what just came down the runway at Paris Fashion week as I am in Hillary Clinton.

You mentioned “KW’s krew” and how you delineate authorship in your posts. There’s a curiousity about how much of celebrities’ posts come from them, and how much comes from a team.
Everything signed “KW’s krew” is stuff that comes from Allison Peters, but every tweet that comes out from the “krew” is approved by me. There’s nothing that goes up that doesn’t have my approval. Allison knows me well, so it’s an easy dialogue. KW’s krew came to be because there are certain things I don’t personally engage with that I realized may be of interest to my community. For example, I don’t read reviews, good or bad, but Allison does, so when she comes across something great that she thinks my community would like to know, she posts it. Despite my selfish desire to protect my own artistry!

You had a conversation with Robin Roberts on the red carpet at Oscars about how you wanted to be an active voice in the conversation about diversity in Hollywood. How do you decide when to take these conversations to social media?
It comes from what moves me. I follow some really smart people like Michael Skolnik and John Legend. By following and retweeting each other, we can take our concerns to a larger community. When something stops me in my tracks, it makes me want to bring the conversation to others.

Do you think that celebrities who do engage about their personal lives have helped dial down the fever for gossip? Or have we created a bigger media machine?
For a lot of celebrities, social media has been great in terms of their relationship with the tabloids because if something incorrect is written, they can just say “that’s not true.” But because I don’t post about my personal life, I won’t engage with that at all. I didn’t tell you when I was getting married, so if there are rumors about my marriage, I’m not going to refute them because I don’t talk about my personal life.

Do you read your comments?
I don’t read comments on other platforms. Not only comments about myself…if someone is commenting on a picture of Jennifer Lopez, I won’t read those either. People are just so mean. Quite frankly sometimes I decide whether to read comments based on how close I am to a therapy appointment. Like, “can I handle it today?” If you don’t like something I say or do, your reaction is really you sharing who you are with me. I ask myself, ‘How able am I to give people space to be who they are without letting it affect me?’

Are there any exceptions?
Twitter is really meant to be a conversation, so I do occasionally engage with things people say. In fact, sometimes I post something because I know it will incite a reaction. My friend and stylist Erin Walsh recently posted a picture of her daughter holding a copy ofWomen’s Wear Daily that I was featured in. I knew the moment I posted that the comments were going to be “Well, where’s your child?.” But Erin posts about her daughter all the time, so I shared that with her being comfortable with it. It was with great joy that I scrolled through those comments!

Part of the reason we’re having this conversation is because of an experience you and I had last year. We were really excited to have you on our March cover. After we published the magazine, we posted the cover, and you posted the cover. Then the social media reaction started flood in, and the majority of the response was disappointment and anger because people thought it appeared that your image had been lightened. I credit social media for allowing us to know what people thought so quickly. We spoke that day and we were able to have a conversation with our team about lighting and photography and best practices going forward.
It makes me very emotional hearing you talk about it because when people have those feelings, it’s so important for them to have those feelings heard, acknowledged, respected, and then incorporated into best practices. It’s amazing. We were able to move forward in such a way that people felt heard and recognized, which is important to me. Social media has the power to give a voice to the previously voiceless. There are more voices at the table than ever before, and those voices have a place to be heard.

You and the Shondaland team own the live tweeting game. How do you all coordinate?
Thursday nights are intense in Shondaland. If I see that I have a really hard scene scheduled to shoot on a Thursday night, I’m like, “Are you kidding me? I can’t do this scene, I’ll be tweeting!’ Shonda is my social media she-ro. While we were filming the first season, I emailed Shonda and said “You’re the boss, could you ask the whole cast to live tweet it so that they all join in because they’ll feel like they have to?” I truly believe that we wouldn’t have had a second season if it wasn’t for that engagement.